What to Expect from Square Enix’s Avengers Project

Last week Square Enix and Marvel released a teaser trailer for their new untitled Avengers Project, which will be developed by both Eidos Montreal and Crystal Dynamics. Not much is known about the project, but the trailer showed a large amount of destruction covering what looks like artifacts left by the Avengers team (including Captain America’s shield, Iron Man’s arm, and Thor’s Hammer). The teaser is less than a minute long and raises a lot of questions about what gamers might be seeing from this new project that is meant to kick off a multiple-year and multiple-game agreement between Marvel and Square Enix.

Based on the “reassemble” tagline featured toward the end of the clip, it looks like the game will be following an Avengers team that has already been working together. Reassembling the team means they must have been broken up to begin with, so the game must be starting in a Marvel universe that has already seen a plethora of super heroes come and go. Skipping the origin stories means the game will be able to create a new and original story, which Marvel and Square Enix have both promised in their press release.

If the Avengers are defeated, then the game could take on a lot of different forms—including an RPG in which the player creates a character who must put back together the pieces of the team and take over where the Avengers had failed. This would be an RPG game that allows players the agency to control what their character’s powers are and adapt to any environment around them. The problem with doing it this way is that it might just start to look like X-men: Desitny, a superhero RPG based on marvel comics that had less than a stellar reception from critics and fans. It could be risky to lean into that world, but if it is done in the same way as Knights of the Old Republic for Star Wars, there could be a lot of interesting content when exploring the Marvel universe; even allowing players to take the path of a villain in a world that is short on heroes, if they so choose. The likelihood of an RPG is not high, as the two studios associated have both worked on Tomb Raider games in the past, giving them strengths in story-based, single-player experiences.

Another notable feature in the trailer is the voice-over that says heroes are not dead yet, and there is still hope if they reassemble. The trailer does not give any hints of who is speaking, and it could just be a narrator, but it could also be a playable character in the game. Based on Avengers lore and properties, there are two strong contenders on who this mystery woman could be: Black Widow or the Wasp. Both heroines are strong characters in the Avengers comics and movies, Wasp being the character who named the team in their first appearance in 1963. Black Widow is one of the starting members in the Avengers films and is an off-and-on member in the comics. Black Widow right now is more likely to be a playable character because of her popularity in the films. Crystal Dynamics and Eidos Montreal’s work on Tomb Raider provide a strong resume for a Black Widow-lead game.

Black Widow is a spy in the comics and movies and thus would lead to a third-person stealth game. The campaign could play with not only Black Widow, but Hawkeye, the archer of the Avengers. Hawkeye and Black Widow are both spies and longtime partners in the comics, forging one of the closest friendships within Marvel. Having both players would utilize different mechanics, and Hawkeye’s bow mechanics could be based on the mechanics of the new Tomb Raider series from Eidos Montreal that started in 2013. A game based around Black Widow and Hawkeye could be right in the strengths of Eidos Montreal, but that alone is not what fans would want from the game, they would also want to play as characters like the Hulk and Thor.

What is likely to happen is the game might start with smaller characters like Black Widow, but players will slowly accumulate other heroes to unlock other parts of the game. Can’t get past those giant trucks piled on the street? Wait until you play as the Hulk. Need to get into Stark Tower? Iron Man will be able to do that later. The game could see a lot of open world assets and play as a variety of characters from the history of the team, all with different abilities that can be utilized for different situations.

So Many Characters, So Few Thumbs

Hopefully this won’t play the same way the Lego games, which allows players to instantly switch to whatever character they want. Instead, it could see a multi-character wheel in the fashion of Grand Theft Auto V, in which the characters are in different places, with their own missions to play. Forcing players to play as different characters in the world would get them accustomed to the heroes’ unique mechanics and teach them how each is best used when approaching enemies. This would also be useful for the multiplayer mode that the game is likely to have.

If the game is not an Avengers MMO, then the game will most likely have a multiplayer section, in which the game will have a variety of characters to play as in different modes. The multiplayer could then take on different forms, as it could easily be an “every man for himself” death match mode, which could mean the guy playing as the Hulk has a clear advantage in power. What else would be fun is a sort of MOBA version like Overwatch, which would force players to pick different characters to play as to accomplish the goal of the game to win. Characters like Nick Fury could be a support class, while Iron Man is all about dealing a ton of damage. It would be a lot of fun and a take on super hero games that gamers haven’t seen yet.

Whatever this game is, it needs to be something different and it needs to be huge. Square Enix obviously has big plans for the game, as two very competent developers are working on the title. Hopefully there will be more announced later this year. There is only speculation based on what has been seen and announced so far, and the game is probably going to be massive. Whether it is an MMO, open world action game, or full-on multiplayer, it is sure to make an impact on the ever-changing gaming industry. 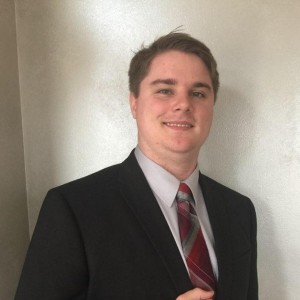