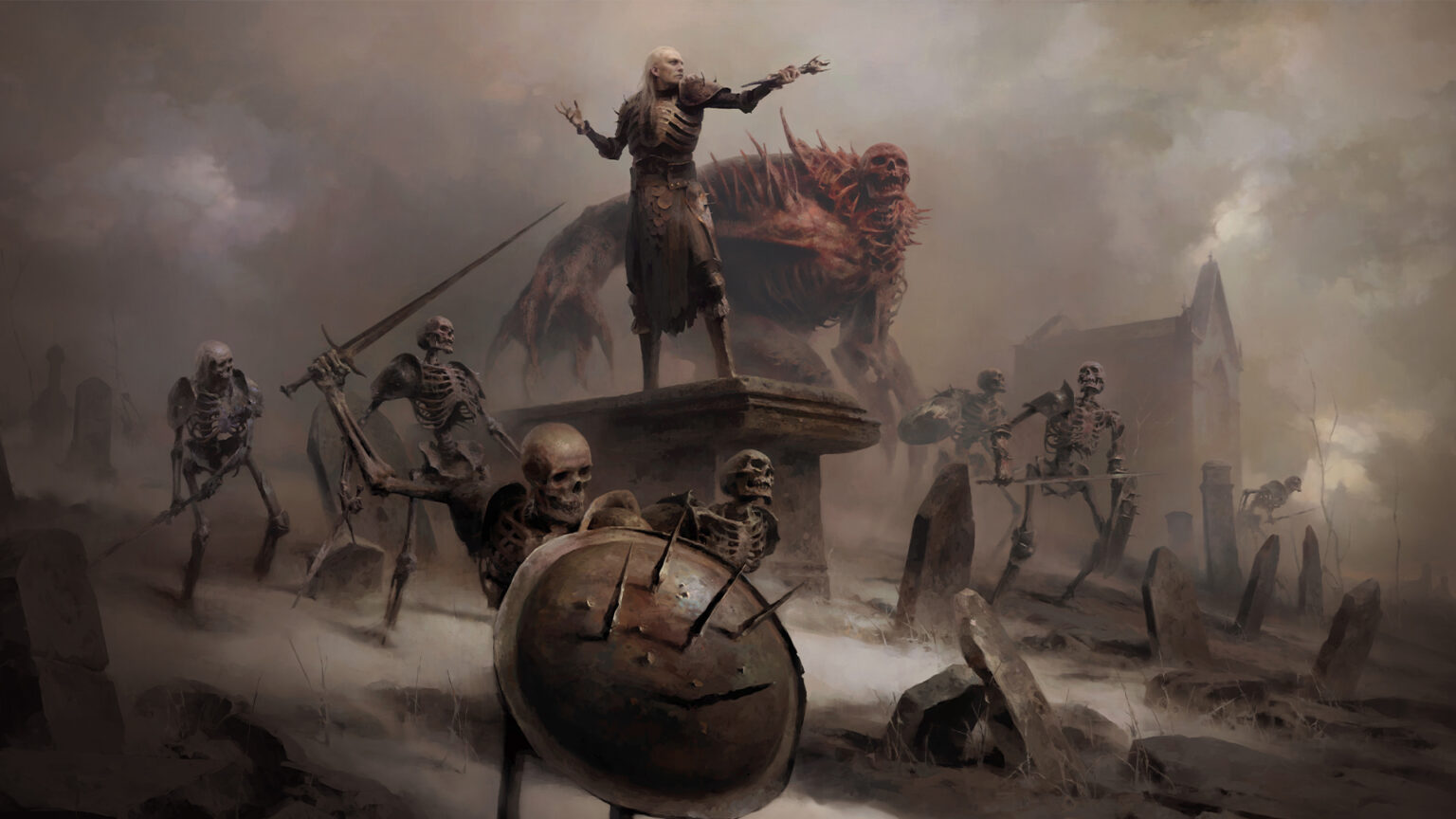 Footage and screenshots showing new details about Diablo IV have seemingly leaked online via a now-deleted Twitter post. The leak most likely comes from the currently running “friends and family” Diablo IV alpha. The video shows off several characters alongside some animations, customization, gameplay options such as tutorial and difficulty settings, and more. Diablo 4 will launch sometime in 2023. Sign-ups for the game’s upcoming beta are live now.

The game’s details via Blizzard can be seen below:

Back for the dead—joining alongside the Barbarian, Sorceress, Rogue, and Druid classes in the battle to save humanity is the legendary Necromancer, the fifth playable character class, which returns with newly designed undead mechanics. Players will be able to utilize the Necromancer’s Book of the Dead, an all-new ability allowing them to dominate the battlefield with deeper customization of their undead army than ever before.

Golems can be specialized to the forms of tanking Bone golems, health-stealing Blood golems, and charging Iron golems

Boundless depth—Diablo IV‘s version of Sanctuary is huge, and it’s rife with opportunity for adventure. In the world of Sanctuary, decades have passed since the events of Diablo III: Reaper of Souls, and Lilith, the Daughter of Hatred, is determined to rule once more. Character customization in the game is richer and more extensive than ever, and players will be able to let their curiosity guide them to play their way:

Explore over 140 Dungeons throughout the campaign and beyond, in versatile, procedurally generated experiences.

Tackle Droves of Side Quests for even more ways to earn rewards while deepening the story experience.

Defeat World Bosses by teaming up with other players to reap bonus treasures from these colossal demons.

Liberate Strongholds that, once cleansed of corrupted demons and hostile beasts, become friendly outposts to forever alter the layout of the world.

Seek Out the Tree of Whispers and complete contracts to unlock further world objectives and bounties in pursuit of Legendary gear.

Brave Nightmare Dungeons and put your skills to the ultimate test with enhanced demonic dangers.