The discussion of classic vs modern style Halo is one that has been going on for many years. It is still in question to which route Halo Infinite will take on gameplay. Many assume that it will return to classic gameplay routes. That being said, it is still a large possibility that abilities and other modern style Halo mechanics will return. They could very well work hand in hand with classic Halo gameplay, but to understand how, we must also look at how they were implemented into Halo in the first place.

What is Classic Vs Modern Halo?

Many people may be asking themselves what classic and modern Halo is? Although each fan has a different answer to this question, most fans would conclude that classic style Halo games are from Halo Combat Evolved to Halo 3, and modern Halo Games are from Halo Reach onward. The main reason for this split between classic and modern styles is the inclusion of armour abilities in Halo. These armour abilities were originally introduced in Halo Reach and have been in every main Halo title since.

The classic style argument often revolves around something named “The Golden Triangle.” This Golden Triangle is a way of explaining the three core elements of a Halo game, and how each interacts with each other. It pins the core three elements as Guns, Melee and Grenades. Most of the players who criticise the newer Halo games will often bring up that advanced movement breaks this balance, or effects it too much. The other argument made by classic style enthusiasts is that the newer games remove the skill around movement, positioning, and map control. Again, these are just opinions, but are often points used to illustrate what is meant by “Classic Halo.”

The modern style argument is much easier to explain. It simply refers to all 343 Industries titles along with the final Bungie game Halo Reach. These titles include armour or spartan abilities. The 343 Industries titles also remove, for the most part, timed weapon pickups. In short, those who like Halo without abilities often call themselves fans of classic Halo, whereas fans who enjoy or don’t mind these abilities are often referred to as fans of current or modern Halo.

As mentioned earlier, “The Golden Triangle” is about the balance of Guns, Melee and Grenades as mechanics in Halo. People often refer to this when talking about why the classic style is superior, however, it is rarely mentioned as to why current style Halo does not in fact break this formula. When talking about this formula the first thing to look at is if these elements all still work as intended. In both current and classic Halo, the answer is that they do. A common misconception of this formula is that it is an absolute must for the game to work perfectly. This formula is actually just the base core elements. Elements such as vehicles have always shook up this formula since Halo Combat Evolved.

In Halo 2 this formula was once again changed. Melee speeds were now ridiculously fast and the BR alone had multiple button combinations that altered the balance of guns, melee and grenades.  Halo 3 was when this balance first took a big hit. Equipment added a brand new element to gameplay and gave the player brand new ways of attacking their enemy. It did not, however, much like armour abilities in Halo, break the “Golden Triangle” formula. What it did instead was provide players the ability to attack with new options, whilst still falling back on the original 3 core elements.

Moving onto Halo 5, the game that many claim completely destroyed the formula. It is often mentioned by classic style fans that sprint, thrusters, ground pound, smart scope and the other abilities ruin this balance of guns, melee and grenades, but this is in fact not true. Sprint and thrusters are only movement mechanics and have no direct impact on the three offensive based mechanics of the “Golden Triangle.” Ground Pound and Spartan Charge themselves are both just variants of melee. One being an air based melee and one being a sprint based melee.

The Solution To Classic Vs Modern

As previously mentioned in the “How Would Abilities Work In Halo Infinite Multiplayer?” article, the solution to this problem is fairly simple. 343 Industries could simply include both classic style Halo gameplay and modern style Halo gameplay. With the brand new Slipspace engine being created for Halo Infinite, it is highly possible that 343 Industries have developed something that allows two different gameplay styles to work under one game.

When talking about multiplayer, classic and modern styles could each have their own areas. Classic style playlists and game modes would feature traditional gameplay, with no armour or spartan abilities. Modern style playlists on the other hand would feature gameplay that includes armour or spartan abilities, such as sprint and clamber. This would be the easiest way to please all fans, whilst also giving them a choice on which style they’d like to play.

The only major issue that comes with including both styles of Halo gameplay is which one would be used for the campaign. For most Halo fans, the campaign is just as important as the multiplayer, so deciding which style to go down in terms of gameplay would be difficult for 343 Industries. Judging by the graphical redesign for Master Chief and the Halo universe in general, It’s a safe assumption to make that the campaign would also go back to a Halo 2 or Halo 3 era style of gameplay. This among many other elements of the game have yet to be confirmed, but it is expected that more footage will be shown at E3 2019.

Do you think Halo Infinite could include both classic and modern style gameplay? Would this finally please all fans and allow the fanbase to thrive again? Let us know on the Gaming Instincts Twitter and keep up to date on Halo at Gaming Instincts. 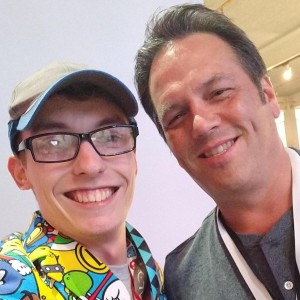