Battlefront II is Almost Here, Why the Hell Should I Care?

Battlefront II is Almost Here, Why the Hell Should I Care?

I love Star Wars. No. Really. You don’t understand. I LOVE Star Wars. The books, the comics, the TV shows, the games, the whatever. I don’t care. I love it all. I love it so much that I even love the prequels. (Be gentle in the comments.) So, you can imagine my excitement after EA first announced the 2015  Battlefront revival, my skepticism once the first details came out, and my eventual disappointment on the release of the final game.

The Battlefront I.P. carries with it a sort of mythical gravitas. Part nostalgia, part genuine praise, the Battlefronts of yesteryear have been built up by those of us who had the pleasure of playing them on their original consoles. It was a time when couch co-op  was king and the only multiplayer you were going to get was when a couple of friends came over to spend the night. It was a simpler, purer time.

The original Battlefront games weren’t just a Star Wars skin slapped on a “by the numbers” third-person shooter. They were fresh and exciting and a whole lot of fun. A LOT of fun. There was character customization, specific roles each player filled, a ton of different map types, and a wide and varied gaming experience. I will carry with me ‘til my dying days the feeling of loading up as a Jedi and just wrecking federation face. It was magical.

And then the 2015 Battlefront was released to high expectations and high sales. EA and Disney were, I’m sure, ecstatic at the results of their labor. And for us gamers it was… fine.

It was a technically proficient game. It looked good, it handled well, it felt authentic. For any other game, these would be wonderful compliments to pay a AAA first-person shooter. Unfortunately, there is a sharp cognitive disconnect when it come to the 2015 Battlefield. So then why is it that most of us came away feeling so tepid?

It’s simple: Battlefront is a game without any soul.

It exemplifies everything that most of us feel is wrong with the AAA gaming industry as a whole. It’s a title that was rushed to meet a specific deadline put in place by executives and marketing teams in order to produce the most profitable (rather than enjoyable) product possible. It is a product of an industry that has forgotten where its success originally came from. No company more than EA has exemplified this sort of industry mentality.

That’s unfortunate considering what sort of pedigree EA has. Throughout their history they’ve delivered on some truly phenomenal gaming experiences. Mass Effect, Dragon Age, Dead Space. These are outstanding series. It’s like they’re an old friend, with whom we’ve gone to through thick and thin, and just when we need them most, they turn us over for their own personal gain. They’re the Lando to our Han.

The gunplay feels sharp while being strategically shallow. The map design is either wide open, creating a system where skill is replaced by luck, or so narrow and busy that it becomes hard to differentiate between a fern and a stormtrooper (pro-tip: It’s always a stormtrooper.) The actual content is barely there. On release, four different maps that either grew or shrunk (depending on the game mode) were included in the base game. But hey, don’t worry. If you want a couple more, you can feel free to spend an additional $40 to get the total up to a staggering eight.

To put that in perspective, the 2005 Battlefront II had 15 different maps. AT RELEASE! There cannot be any sort of reasonable comparison when it comes down to a value proposition. These are two games that not only are playing in different leagues, they’re playing different games.

And before the pitchforks start coming out, please understand that I know that EA and DICE are businesses, created to make money and are obligated to pay their employees. I get that. I had a libertarian phase in college, too.

I shouldn’t expect a completed game at launch, but rather, a series of day one patches, overpriced DLC, and promises that will more than likely never be delivered upon.

But, with that being said, that excuse just won’t fly anymore. These companies are providing a service and we get to decide whether that service meets our standards or not. Battlefront was not a $60 title. This is a game that was a produced in a fraction of the time in which a game of this caliber should have been. And to be totally honest, I played the 2015 Battlefront quite a bit. As I said, the gun play was fun. But at the end of the day, that is not the issue. The issue is that DICE and EA produced a $60-$100 game that was well beneath their capabilities, based on work in the past, and arrogantly held it up as an achievement.

I want to be optimistic. I want to believe that Battlefront II is going to be an exception to a rule that EA themselves created. But in order to do so I have to actively  suppress the lessons that they have taught me: that I shouldn’t expect a completed game at launch, but rather, a series of day one patches, overpriced DLC, and promises that will more than likely never be delivered upon. They’ve taught me to not be naive.

DICE, and by extension EA, broke the public trust—and it wasn’t the first time. They have consistently lowered the level of workmanship and inherent value that their products provide. Lazy sequels, licensed material, and tired re-releases fill their stable. And one has to ask, at what point do we stop trusting them?

Is it the first incomplete title? The second, or even the third? What have they done to deserve the people who pre-order their titles? What has to happen for people to call this what it is?

I don’t know. What I do know is that if we continue giving them patronage, without asking, nay demanding a better final product, we’ll never see games like the original Battlefront titles. We’ll only see ones like we received two years ago.

So, before you go out and pay $60 for Battlefront II, maybe wait a couple of days. Read reviews, talk to your friends, listen to sources you trust. Do whatever you can to make sure that you are spending your money on something that’s worthwhile. Because at this point, the only people that are telling us how great it is are the people who are selling it to us. And they might just have a vested interest in us liking it.

Let us know in the comments: are you planning on getting Battlefront II, or are you opting for another shooter this holiday season? What games have left you feeling disappointed at launch? 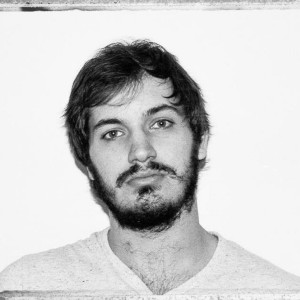 Joel Davis has things to say. He has things to say about what video games, movies, Star Wars. You know, the big things in life. He's been working professionally for the past 5 years and playing games since he could hold a joystick. He's excited to bring his passions and opinions (wanted and otherwise) to the table!