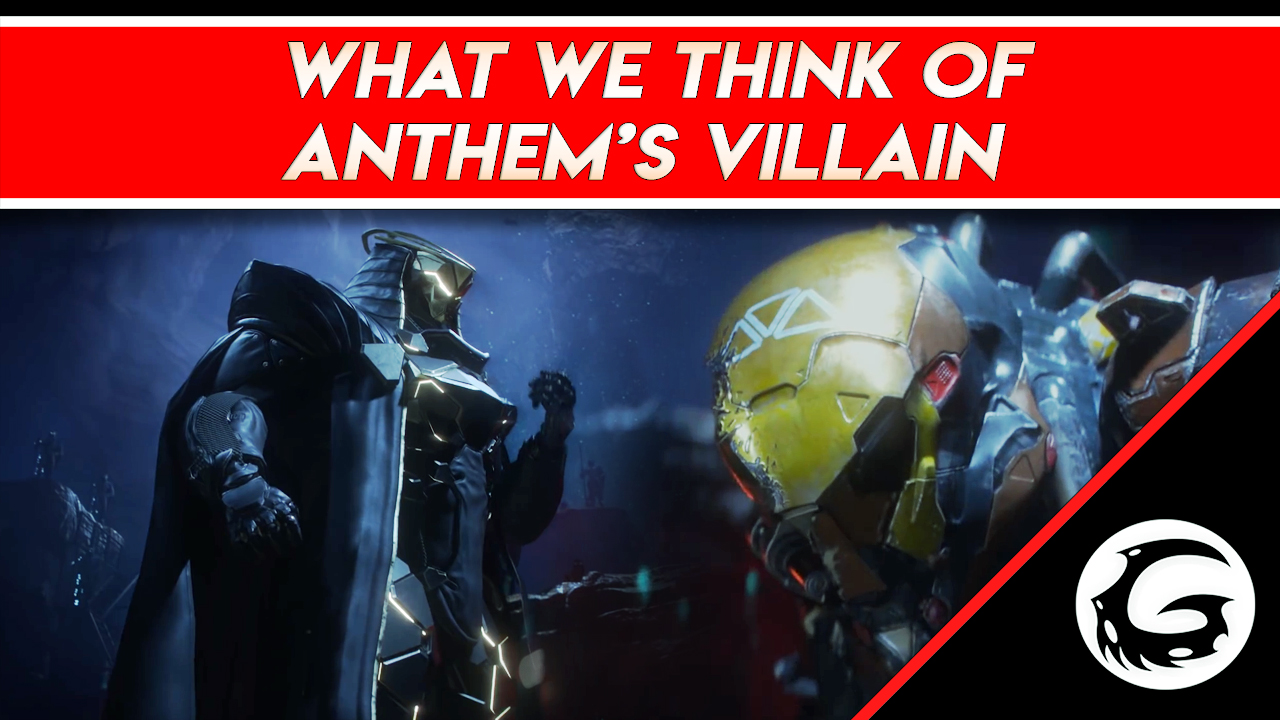 Hey Primal Community, it’s Jake ‘FaultyOptics’ Logan here. And today I’ll be looking at the juicy new story trailer that we got to see last night at the Game Awards, and what we might have learned there.

So firstly, we start off with a deep, husky voice narrating the trailer, who tells us the Anthem has destroyed “entire civilizations”. He knows because apparently he was there. Now, for those who haven’t been keeping up on the developing lore (shame on you!), the Anthem of Creation is a force of sound that the old Gods of the world used to partially create the world where the game is set, before they abandoned it for unknown reasons.

This has left an incomplete, chaotic world where multiple groups and factions battle, with each other and the bizarre monsters of the world, in order to survive. Each has their own agenda, with some wanting to harness the power of the Anthem, and others (like us) just trying to earn our fair share so we can fight another day.

Anyway, we move on in the trailer and hear about the Heart of Rage. For some reason, it is singled out as ‘the’ specifically, so we don’t really know what exactly the Heart of Rage is – perhaps some unknown artifact with a corrupting, powerful influence upon its wielder. What excites me about this is that it’s just another hint about the old world of Anthem that came before whatever crisis point led us to this chaos; clearly, there’s a lot more to what is going on than simply stormy weather. With Faye noting that a new power is calling to her, we get the sense that whatever these artifacts might be, or whoever is trying to use them, they are bad news.

We then get a bit of speech about using the Javelins as our own weapons against the chaos beyond the wall, suggesting that we need the civilization we have built to protect our families and children. There is then a timely shot of the Sentinels, the police faction, and their leader Tassyn. I’m still calling it now that something is going on there, and there’s more than meets the eye about their motivations too. 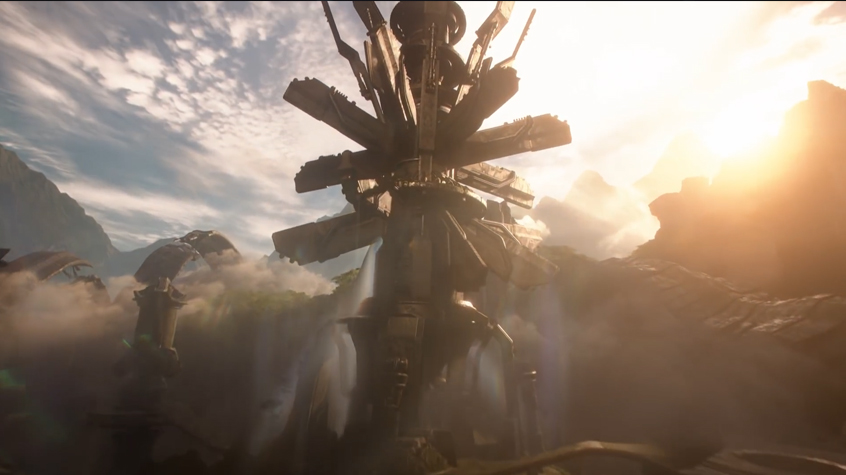 Then we lead into a brief glimpse of what looks to be an enormous, transforming structure. This could be a base of some kind, and looks like a sort of signal amplifier tower. Perhaps it interacts with the sound-based Anthem in some way – maybe even tries to control it? The voice tells us that walls “can only do so much”, and we see gunners shooting down at Striders, the giant walking bases that we have seen previously. We know that one of these functions as a forward base for us in the game, which begs the questions: who is being attacked here, and by who? I’m starting to think Anthem’s conflict goes way beyond simply ‘good’ vs ‘evil’. 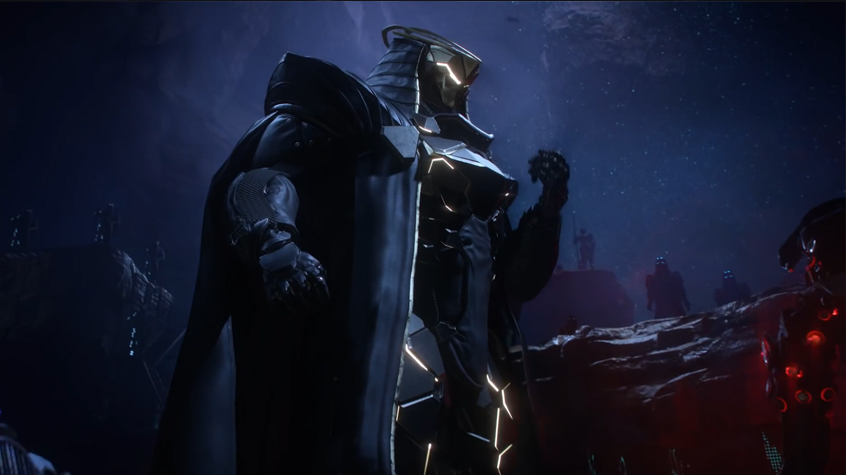 Finally, the voice is revealed to be an incredible Javelin-wearer. All signs point to this being ‘Monitor’, the leader of the Dominion (arguably the most obvious antagonistic faction.) His name sounds like someone closely linked to the idea of sound as a power, and he certainly looks the part. He not only says that he has control of the Anthem at his fingertips, but he shows us by summoning a whirl of purple glowing energy. Note that he’s wearing a Dominion Valkyrie suit (their version of the Storm suit), but he seems not to need the seals on his arm to wield his power – suggesting that it’s something else entirely (perhaps even a part of the Anthem itself).

The fighting continues, and we see even more bizarre creatures bursting through to fight. The timing of that reveal just after he shows us his power could indicate that he, himself, has some of the powers of creation. Perhaps we’re dealing with a villain figure who is actually playing God? Sort of a mix between Thanos and Odin.

And that’s it. All I know is that it looks absolutely insane, and I can’t wait to get my hands on the game and start to unravel some of these mysteries myself. If you want to join me for that, make sure to subscribe to the channel for more weekly gaming news on Anthem and a whole range of other titles. And hop over to our Community discord to have a chat with myself and the rest of the Gaming Instincts team.

I can consider myself a gamer, because I can not imagine life without games. Anthem is my favorite game. Thanks for the interesting article about this game!