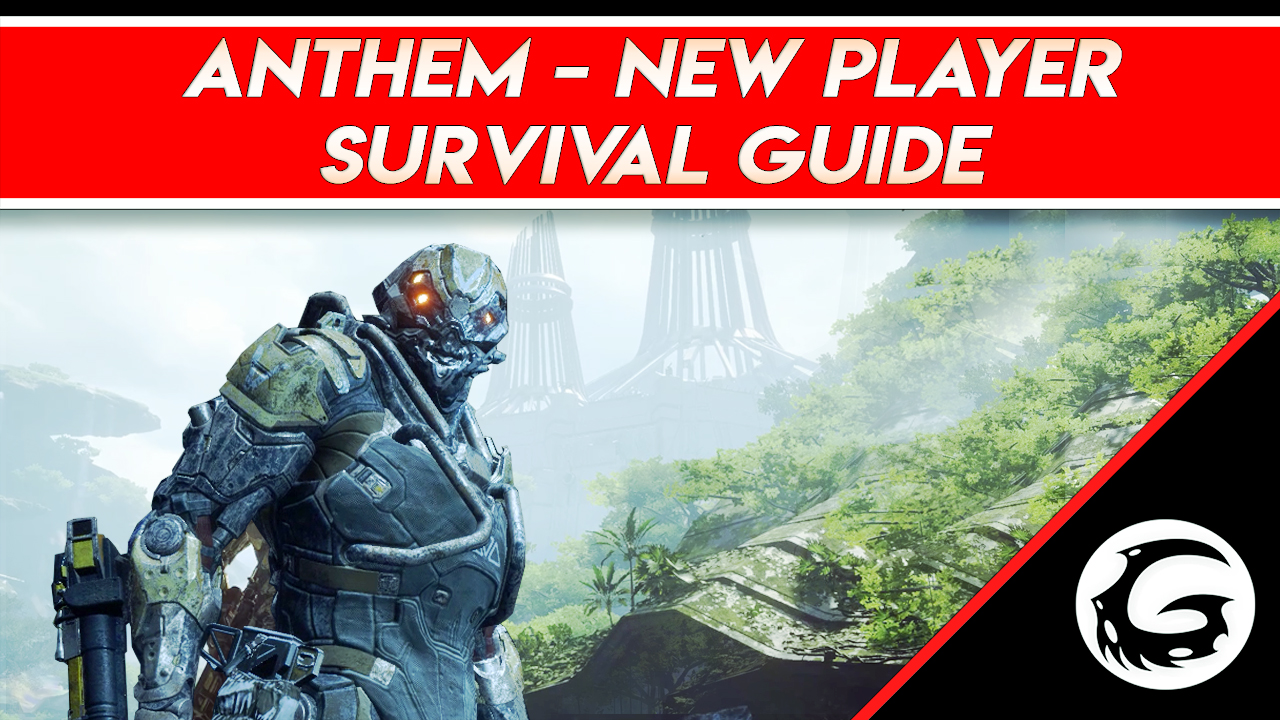 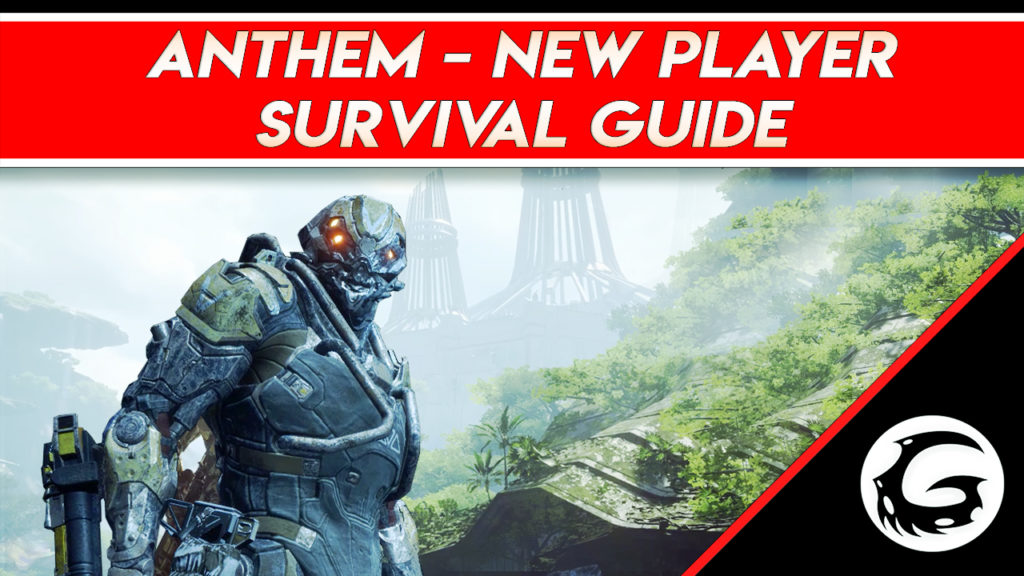 The world of Anthem is fraught with dangers, but today we’ll be running you through everything you need to know to get started in Anthem.

I’ll be walking you through which missions to focus on, where you should be farming XP, what gear you’ll need to worry about, and generally how you should play out your first 10 levels.

Experience the Heart of Rage

First things first, the Heart of Rage. This is your introduction mission, where you’ll be piloting a custom Ranger Javelin type. It’s quite simple, and the game guides you through the early stages by gradually introducing mechanics like double jumping and flight. You’re then given a taste of combat, before the mission is rudely cut short by cataclysmic events and the appearance of three particularly large enemies.

That’s your first taste of Javelin combat, and will set you off on Anthem’s wild path. Get ready to explore a world like none you’ve ever experienced before and power your Javelin suit up to superheroic levels.

Onto the Good Stuff

After completing the Heart of Rage mission, you’ll be returned to Fort Tarsis, where you’ll meet your supporting cast of characters and be introduced to the Forge. This is where you’ll manage your Javelin suit. The Forge allows you to build your Javelin how you like by choosing from weapons and gear that you’ve discovered throughout your adventures in Anthem. Later, you also be able to craft gear and consumables here – but you won’t have to worry about any of that for these first few levels.

You’ll also be given the choice of a new Javelin, with four to choose from. Each of them is a viable option, but the Ranger and Colossus are arguably the easiest to begin with. You’ll be able to pick another Javelin at level 8 anyway, so don’t worry about your choice too much. Just pick the one you like the look of, and get ready to give it a spin.

Here you can also customise your new Javelin, and even begin to paint it and buy cosmetics. It’s recommended that you don’t get too bogged down with this just yet, as your Javelin comes ready to go, and any time spent in the Forge now is really wasted. Instead, hop out of the Forge and walk up to your suit to open the Expedition screen, where you can launch your next mission.

A Few Things You Should Know

Note that you’ll want to be completing these missions on the ‘Hard’ difficulty. This won’t increase your experience gain, but it will increase your chances of getting better ‘loot drops’ (equipment) as quickly and frequently as possible. Don’t worry about the difficulty too much, as a group of four Javelins should still breeze through the content quite easily.

If you find yourself struggling to stay alive, try to make sure you have the best gear at your disposal equipped in the Forge. Often, new players will overlook their ‘Components’ list, but even equipping a single Component in the first slot you unlock will massively increase your survivability. These are almost like your ‘armor’ items, so make sure you keep checking back to ensure you have your best one equipped.

In terms of Weaponry, I’d suggest sticking to longer-range tools at first. Abilities like the Ranger’s Grenades and Missiles are perfect, because they deal their damage whilst keeping you out of harm’s way. As for your guns, I’d recommend the Assault Rifle, Light Machine Gun, and Marksman Rifle options. All of the weapons options can work, but these three are the easiest to keep your damage up with. In missions, don’t forget to pick up Ammo and Health packs, too, to keep you going.

Finally, don’t concern yourself with the crafting options just yet – you’ll come to that later when you’ve more resources and an idea of what you want. You can also ignore the ‘Consumables’ options when going into missions. These are really only something you need to worry about at endgame, so don’t waste any time trying to fiddle with these bits just yet. Just focus on getting your Javelin equipped with the best gear you have and working your way through the missions and contracts.

Your First Journey Beyond the Walls

Now, we should probably briefly go over the missions and what you’ll want to be doing for the next few levels. It might be tempting to jump straight into Free Play at the earliest opportunity, but avoid the temptation. You’ll get a mission soon that will guide you through what Free Play has to offer. Instead, get working on the various contracts and missions being handed out by the NPCs in Fort Tarsis.

When opening the map in Fort Tarsis, any NPC offering a mission will display a Banner icon at their location. Simply go to them and begin chatting to accept the mission, and then return to the Expedition Screen at the Forge to get going. You’ll want to keep working your way through these missions and contracts until you reach ‘Finding Old Friends’. After completing this mission, you’ll be given the ‘Tombs of the Legionnaires’ Mission, which will take you out into Free Play.

They Grow Up So Fast

This mission will take you some time. To track exactly what you have to do, open your Journal and inspect the ‘Expedition’ challenges, where you’ll find the requirements for each tomb. There are a lot, but grinding your way through them is a great way to earn new gear and get to grips with your newly-earned second Javelin (as of level 8).

Completing the mission by visiting all four tombs should leave you around level 10. You should, by now, have two Javelins to play with and a host of options to equip. Don’t worry too much about what’s the most powerful build just yet either; quite simply, your highest ‘Power Level’ items (seen as a number attached to them) will generally be your best bet.

As you reach higher levels, you’ll start finding gear with new colors. Green is Uncommon, and Blue is Rare. These items are a higher level than their less-colorful counterparts, and have more ‘Inscriptions’, which are the bonuses they offer when you equip them. Better gear means you’ll be more survivable and do more damage; you’ll want to keep finding rarer and rarer gear to continue to improve and kill harder enemies. They don’t call it a ‘Looter’ for nothing, you know?

The choice is now yours – you can continue playing Free Play to explore the world more, or start chipping your way through the story. I’d recommend playing as much of the ‘Critical Path’ missions as possible, as these are a natural way to level up and find better gear while learning about the world.

As soon as you’ve hit level 10, the world of Anthem is now at your fingertips. You should now have access to the ‘Fortress of Dawn’ mission, where you can really dive into the rich story of Anthem’s world, and you’ll soon be piloting an increasingly superheroic Javelin as you continue to work your way through the story missions and contracts. Suit up, Freelancer.

That’s it for today’s guide to getting started in Anthem. If you have any more questions about the game, feel free to drop them in the comments section.

Thanks for stopping by. I’m FaultyOptics, and I’ll see you all next time for more gaming guides, and news.

Hungry for more Anthem? Check out our other coverage:

ANTHEM’S ROADMAP IS JUST WHAT WE ASKED FOR