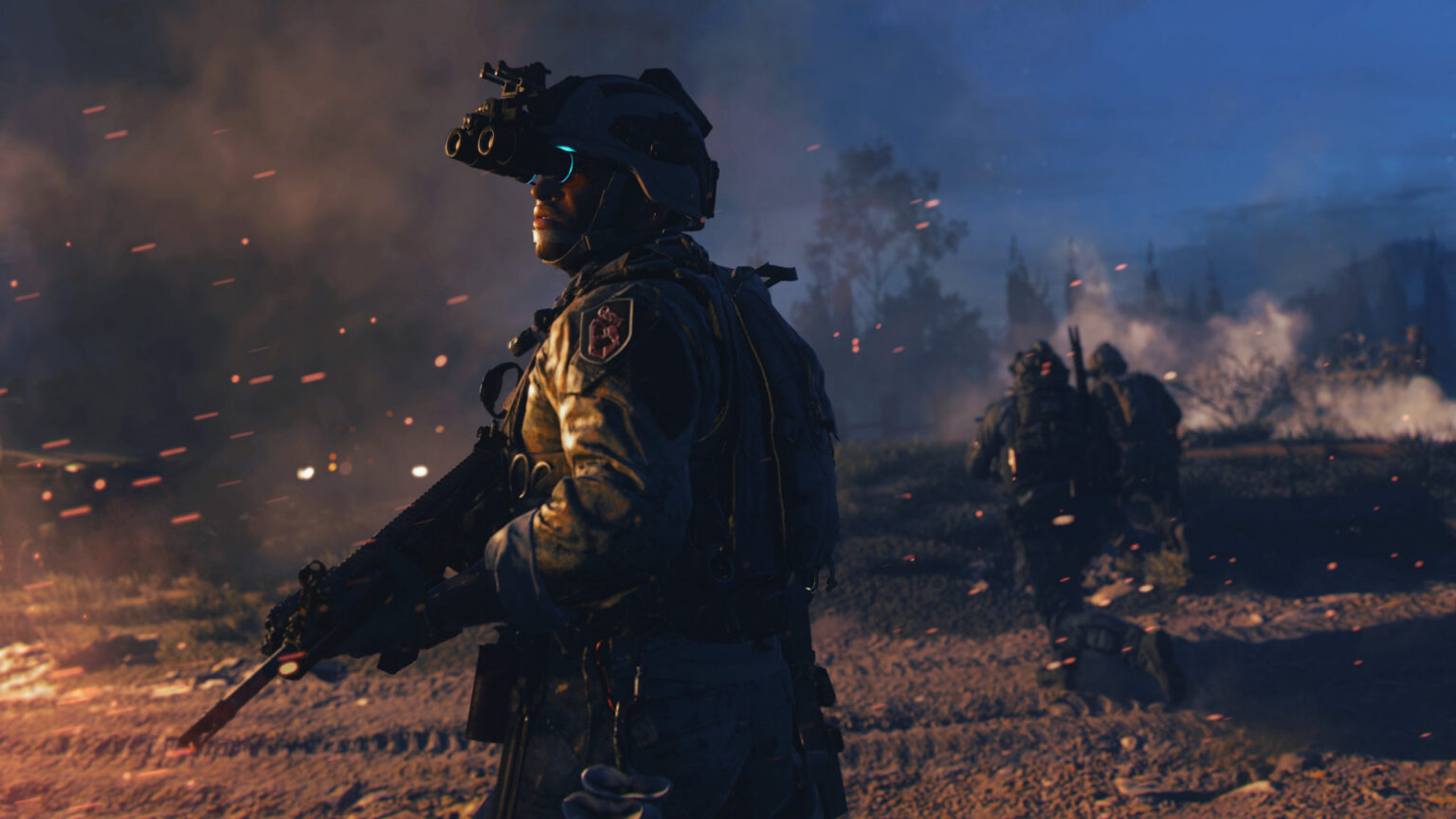 Are you looking for a new FPS title where to play in 2022 and beyond? Don’t worry; we got you covered with ten action-packed first-person shooters you can play from 2022 to 2023. These games have to be announced for this year or next year, so games like the rumored Bioshock 4 or Dr. Disrespect’s Deaddrop aren’t going to count. There is going to be a mixture of first-person shooters from your big blockbuster titles to smaller indie games. Without further ado, let’s get started.

Here’s a flashy retro-styled shooter that is playable for early access on Steam. The best way to describe this game is like an indie version of Doom Eternal set in a cyberpunk world. Just like id Software’s modern Doom titles, it is violent, fast-paced, and designed to give the player the ultimate power fantasy experience. Hell, you actually can chainsaw bad guys from your freakin’ legs! If you’re a big fan of stylish and bombastic shooters and don’t mind the old-school graphics, we think you should give this one a shot. Turbo Overkill is planned to release next year, and it’s going to be on every platform you can imagine.

This is the latest Shadow Warrior title that was released in early 2022, and just like the last title we mentioned, it’s a game targeted at Doom fans. There’s no doubt that Doom is such a massive influence in the genre, and we are aware that there are many video games throughout the years that want to replicate its success. Shadow Warrior III would feel right at home for those patiently waiting for the next Doom game, especially since it’s just as bombastic and has similar production value. It’s somewhat of a budget-priced title, so you can get the game on the cheaper side and there’s been much quality of life updates since its release. The game is available on all the big platforms, and if you’re craving some good ol’ demon killing, give Shadow Warrior III a shot.

We might not see a new Bioshock in a while, but this game seems like it wants to be that type of experience. Atomic Heart has its fair share of gameplay footage for the public. It’s certainly a weird game that has the player fighting robotic enemies, but it seems like the player has special abilities on top of the standard weaponry you’d get from playing shooters. The game is planned to release in the first quarter of 2023 for all big gaming platforms. Most of the content you see is single-player footage, but the devs have plans for co-op support for the campaign and a PvP mode. We hope to see more of the additional modes outside of the campaign, but it seems like Atomic Heart will be for those who are intrigued by its weirdness or anticipating a new Bioshock title. Last but not least, the soundtrack is composed by our favorite person, Mick Gordon (DOOM, Killer Instinct, Wolfenstein).

Here’s another retro-styled shooter for those that love their ‘90s first-person shooters. Phantom Fury is a sequel to one of the prolific retro-styled games in the last few years, Ion Fury. Instead of making the game look like Duke Nukem 3D, it’s going for a style akin to the original Half-Life. The game was announced for PC, Xbox Series Consoles, and PS5, but we’re not sure if it will land on the previous generation of consoles. However, it’s cool that this game is repeating history in terms of its graphical style. Ion Fury felt like a game that belonged in 1996, while Phantom Fury feels like a game from 1999. Its trailer was well executed, and we recommend you check it out. We’re definitely keeping our eyes on this one. The game is planned to be released in Spring 2023. 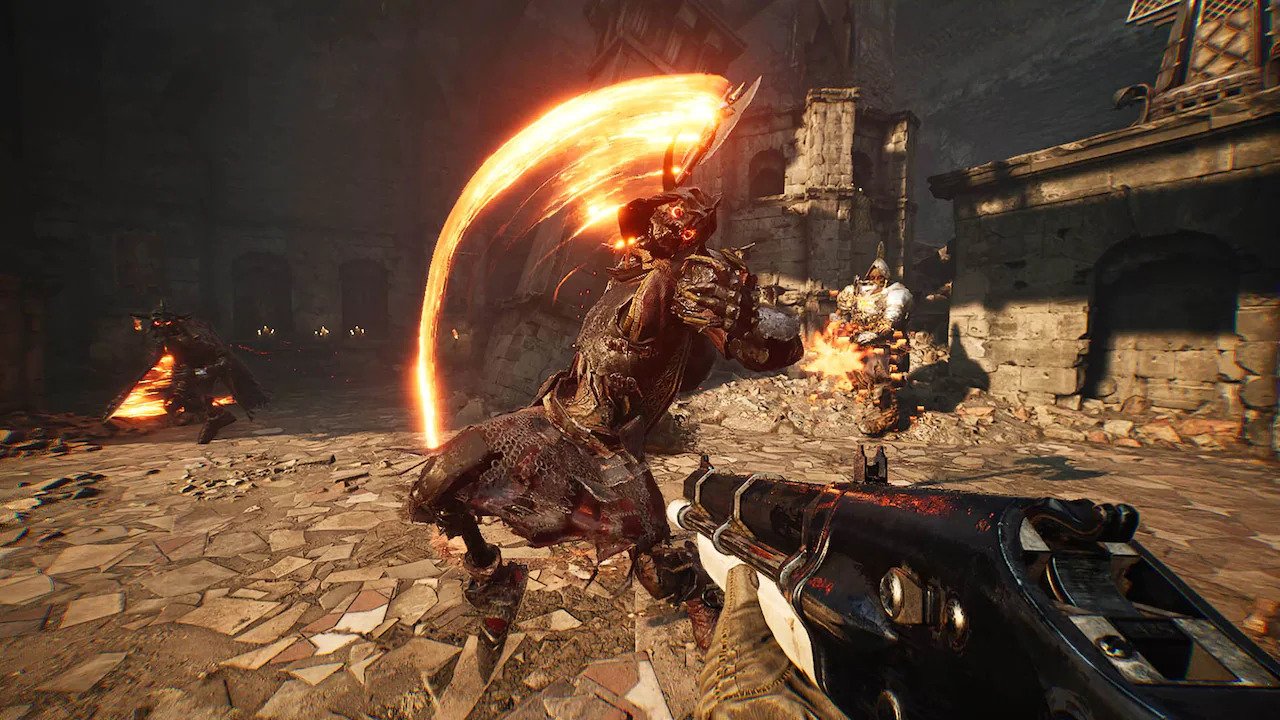 Witchfire is most likely a first-person shooter designed targeted to Souls fanatics. If the setting is very reminiscent of those games, that’s because it wants to be a first-person shooter version of that. Right off the bat, the game might give you Destiny vibes with some of its animations, but it seems like it’s not trying to be a looter shooter, but more of a skill-based single-player shooter. Witchfire was recently delayed to 2023 while having an initial plan on releasing an early access version for players to try out. We do hope the delay is worth it because this game could be a sleeper hit, and it might surprise gamers with what it’s trying to do. It’s currently confirmed to only be on the PC version, but we believe down the line, the consoles are going to get supported as well.

Here’s another Doom-style game that was recently released, and it’s more of a nod to the older games. Hell, it even looks like a game from that era. Players can choose from a wide range of weapons, and the game has a map editor, so creative players can create content or play more levels after beating the main campaign. The game is reasonably priced for all platforms, so if you need more Doom-style games in your life, or miss the nostalgic 90s vibe, then Prodeus is for you. You can play Prodeus on every current platform.

This is the last retro-styled shooter we will talk about for this list, and it’s certainly ambitious because the game feels like a proper sequel to the original Quake. It’s running on the same engine and just like Quake 1, it’s a fast-paced shooter that takes place in a fantasy setting. It will have a wide range of demons for you to kill, and, thankfully, the same can be said for the number of weapons you’ll be using. WRATH has been around the block for a while and is currently playable on Steam for early access, but it went missing for some reason. Recently, it had a trailer confirming its release date: Spring 2023. We certainly want to give this proper Quake 1 sequel a try, and it looks like what hardcore retro fanatics are looking for. It should release for both consoles and PC.

The sequel to a 2007 cult classic has never looked any better. Stalker 2 has certainly impressed gamers with the footage from its trailer. It’s a game for those that want a rich and immersive single-player experience and it is a timed Xbox exclusive, so the Xbox folks might want to keep an eye on this if they’re looking for the next big exclusive title to play. The game was supposed to be released this year but got delayed due to the Russian invasion of Ukraine. However, the devs have stated they’re targeting next year’s release. We do believe STALKER 2 will be an immensely big game because it requires 180 GB of space to play. Sheesh, that’s a lot of storage, but we hope it’s worth it.

We all know this game will be the one that most of you will be playing, and we are too. Without a doubt, Modern Warfare 2 is the biggest title on this list. It recently had a beta a while ago for those that wanted to try out the multiplayer component, and now gamers are waiting for the full release, which will happen on October 28. There will be a lot for gamers to do with this one, whether it’s continuing the story of Captain Price, staying up late for multiplayer sessions, or experiencing Warzone 2.0. There’s not much to be said about the Call of Duty titles because we all played them and know what to expect. We do hope it lives up to the quality of the original Modern Warfare 2, released in 2009.

To end our list, we picked Redfall. It’s a brand-new IP from Arkane Studios and is one of the most anticipated Xbox exclusives for 2023. It looked promising when it released gameplay footage at the Xbox/Bethesda showcase this year. Time will tell whether this new IP from Arkane will find success and a core fanbase, but we believe it will. Arkane recently released Deathloop to great success, and Xbox fans can now play that before Redfall hits the block. Redfall was supposed to be released this year, just like STALKER 2, but it was delayed. It’s always frustrating to see a big title like this get delayed for next year, but more time generally means more polish and quality of life. For now, there are many games on this list you can play before Redfall comes out.